Knowmatix: An Online Educational Platform for the Cryptocurrency Industry

Knowmatix is an online, in-depth educational platform providing the fundamentals and practical skills necessary to become successful in the Blockchain, Cryptocurrency industry from the comfort of your own home.

By applying our easy to understand, proven methods and applications, it is now easier than ever to successfully become a knowledgeable leader in blockchain technologies industry through our online accelerated educational program.  Our comprehensive introductory program provides a fundamental understanding of how various blockchains operate and how easy it is to strategically trade cryptocurrency in today’s centralized economy.

Our founder and curriculum developer, Abdulaziz AlYaqout, is currently operating in Miami Beach, Florida.  Prior to forming Knowmatix, Mr. AlYaqout took lead as an important consultant for the business analyst team at Ryder Systems, Inc. and the University of Miami Hospital and Clinics.  He holds BS Degree and MS in Industrial Engineering, both from the University of Miami.

As lead instructor for Knowmatix, Mr. AlYaqout’s first course is a blockchain and digital currency microdegree that provides you the basic tools to start and advance your professional career in the cryptocurrency.

Learn the technical analysis basics and terminology and develop buying strategies and skills to grow your personal finances. Learn how to deconstruct the blockchain technology, and the importance of Hashing.  Discover Bitcoin and understand its history and role in the cryptocurrency marketplace.

Knowmatix, seeks to create a Knowmatix Impact Program (KIP) that forms strategic alliances with reputable businesses operating in the Blockchain industry. This involves Knowmatix assigning project managers to given projects, and delegating work per project basis to qualified star students. While forming alliances with businesses, Knowmatix will align itself with schools and institutions to provide a custom backend solutions curriculum to help revamp their online courses. This effort provides colleges and institutions cost saving measures by offering its platform in a software program, which acts as an additional resource to aid students with completing their education, and securing a career through Knowmatix alliances and partners in the ever growing technology field, nationwide.

With Knowmatix’ proprietary platform and blockchain-focused training services, Mr. AlYaqout ventures to be part of the governmental effort to Buy American and Hire American with special interest for advancing the careers of woman and Veteran groups nationwide to team up with Knowmatix.

For additional information and preview of our proprietary educational curriculum, please visit our website at www.knowmatix.com.

What You Will Learn SIGEF by Horyou: 22nd of January at Kirchner Museum in Davos

Sharing the same concerns and goals with the leaders of the global economy who will be gathering in Davos to pave the way “for a Cohesive and Sustainable World,” SIGEF by Horyou has opted to showcase its own commitment to sustainability through the organization of a side-event to offer a complementary and supportive inclusive vision for a better world.

Building on its “Together Shaping a Smarter Future” theme, SIGEF will add social innovation and global ethics to the Davos gathering. The event will take place on the morning of the 22nd of January at the Kirchner Museum. It will kick off with a networking breakfast. Four panels will make the program of the event. They will tackle some of the most challenging issues that the global economy is faced with.

Disruptive Technologies, the Future of Finance, the UN Sustainable Development Goals and Women Empowerment are the topics to be debated. “SIGEF has always been tackling the most important global issues and we are thrilled to initiate high-level discussions around them before Davos’ qualified audience. In the wake of this new technological age, we aim to contribute to the building of a smarter future for the world as we are bringing together, in their diversity, some of the actors who are leading the positive changes we want to see,” says Yonathan Parienti, founder and CEO of Horyou, organizer of SIGEF. 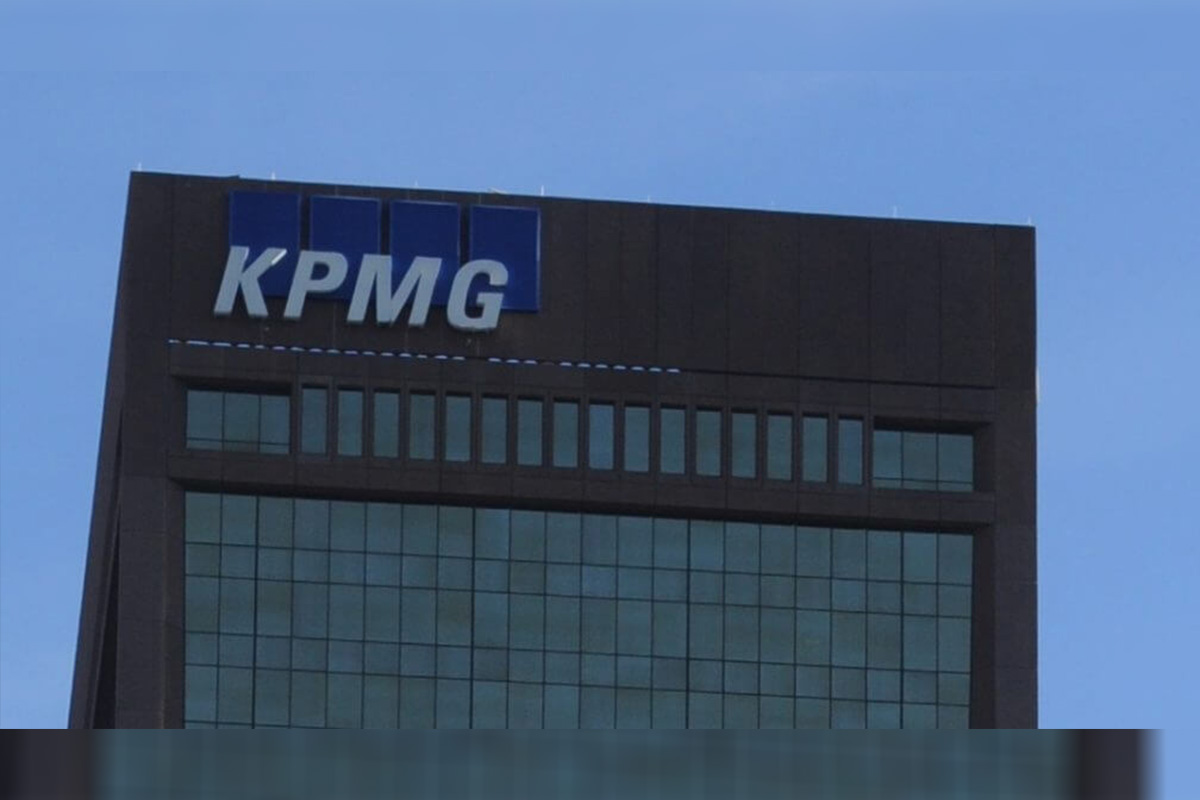 Canada’s venture capital (VC) market crossed the US$1-billion threshold in the fourth quarter for the second time in a row to finish 2019 at an all-time record of US$4.6 billion, according to KPMG Private Enterprise’s quarterly Venture Pulse report, a global analysis of venture funding.

“It is really a testament to the growing maturity of Canada’s venture capital ecosystem,” says Sunil Mistry, partner, KPMG in Canada. “The tech ecosystem in Canada is now more independent and self-sustaining than ever before. I don’t anticipate deal activity slowing down anytime soon.”

“The Coveo funding round highlights the strength of Canada’s AI innovation ecosystem, which has spread well beyond its traditional innovation hubs of Toronto, Vancouver, Montreal, and Waterloo,” says Mr. Mistry. “At a sector level, fintech continues to be a dominant area of interest for investors – both from an investment perspective and from an M&A perspective – in part due to the strength of Canada’s banking and financial services sectors.”

Family offices continue to play a key role in Canada’s VC market, particularly in early-stage deals between US$1 million and US$5 million, he says.

Despite global economic headwinds, trade disputes, and potential uncertainty from this year’s U.S. Presidential election, the outlook for VC investment remains positive. “I don’t see much changing going into at least the first half of this year,” says Mr. Mistry. “A lot of funds already have their next fund monetized. They need to spend the money, and they’re looking to stay away from any volatility in the public markets.”

The U.S. remains the epicenter of VC activity, accounting for more than half of global VC investment in 2019, the report says. As 2020 unfolds, deal activity is expected to remain relatively steady, with areas like artificial intelligence, biotech, and fintech remaining very hot. According to the report, private valuations in the U.S. remain near-unprecedented highs, similar to if not eclipsing those seen during the dot-com era, driven in part by availability of capital.

While there are no signs of activity slowing, U.S. investors are becoming more discerning about where they put their money after mixed results from last year’s debuts of newly public companies. “We’re already starting to see investors pay a lot more scrutiny on the unit economics and business models,” says Mr. Mistry.

Unlike in the U.S., valuations in Canada continue to be competitively priced, which is helping to attract U.S. investment and fuelled later-stage funding. “Investors will keep investing where the economic climate makes the most sense, where the deal sizes are more reasonable, and where the venture ecosystem is reliable, and Canada checks off all of those boxes,” says Mr. Mistry.

ID Ventures, the venture team of Invest Detroit, announced today that it has been selected by Google Developers Launchpad to be its first continental U.S. partner in providing scaling resources to local and statewide startups.

The ID Ventures Powered by Google Developers Launchpad initiative will provide an opportunity for Michigan startups to access Google’s global network, insights from the company’s Silicon Valley-based startup programs, and 20 years’ worth of Google research and best practice insights on building businesses, products and teams at massive scale. ID Ventures was chosen because of Michigan’s robust startup ecosystem in which the team is firmly rooted, providing capital, programs, mentorship opportunities and support to early-stage startups in Detroit and across the state.

“This is truly a win for our local startup community,” said Patti Glaza, managing director of ID Ventures and executive vice president of Invest Detroit. “The partnership will give access to industry experts, startup training and needed services that will help our companies scale and successfully exit, moving us even closer to our vision of making Michigan a startup and technology hub for the Midwest.”

Markets outside of Silicon Valley are increasingly impacting the global startup and technology ecosystem. Though it is easier than ever to start a company, access to success methodologies, expert mentors, and ecosystem best practices for building companies remain unevenly distributed. As Google is a thought leader in building and scaling products and businesses using the most advanced technologies, this partnership and its resources will help ID Ventures’ portfolio companies, which includes some of the fastest-growing companies in Michigan, and other startups in the community scale exponentially.

Google Developers Launchpad focuses on developing companies and their ecosystems over the long term.

“Google is thrilled to expand our partnership with ID Ventures and its exceptional startup portfolio” said Kevin O’Toole, Google’s Head of International Growth for Launchpad. “The Powered by Google Developers Launchpad program is about empowering startup communities around the world and helping them leverage each other for insights and resource sharing. We are thrilled to expand this program into Detroit and the state of Michigan.”