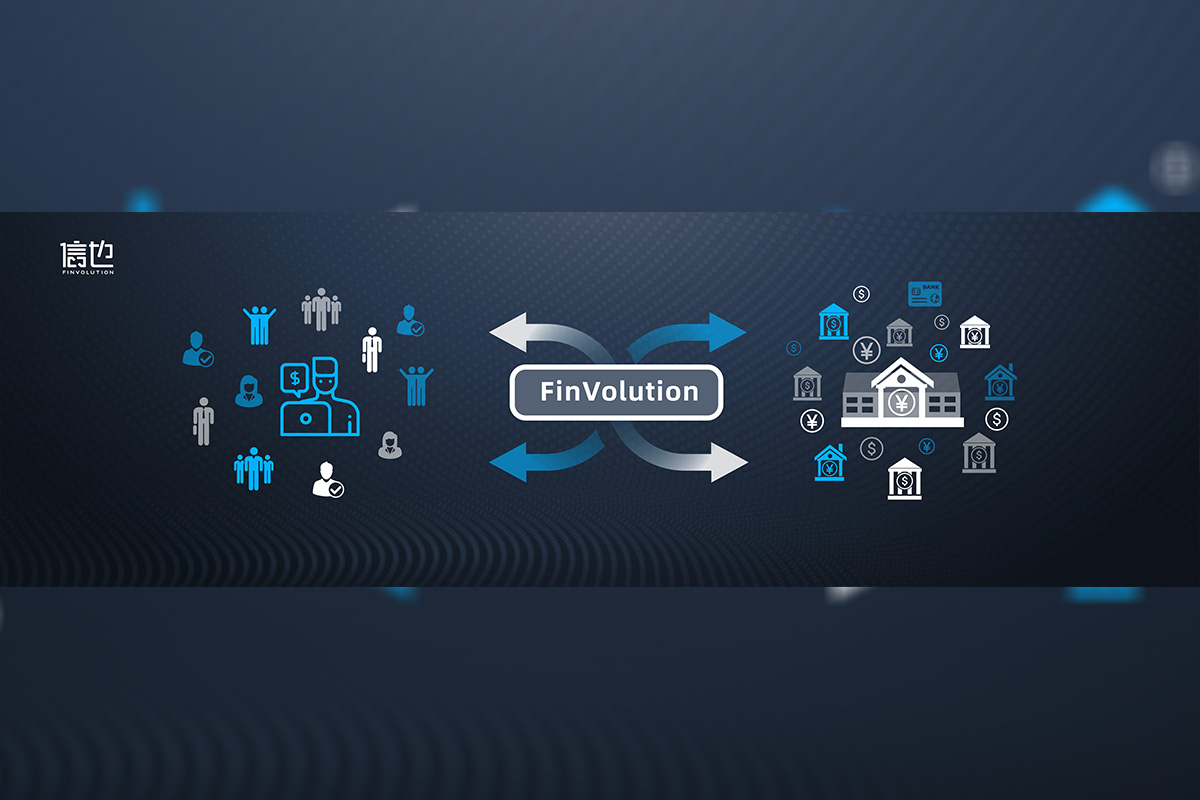 FinVolution Group (formerly known as “PPDAI,” or the “Company”) (NYSE: FINV), a leading fintech platform in China, today announced the completion of an equity investment in Fujian Haixia Bank (“FHB”).

Pursuant to the share purchase agreement, FinVolution Group has subscribed for 281 million of newly issued shares of FHB which accounted for approximately 4.99% of FHB’s total issued shares at the closing of this transaction.

Concurrent with the equity investment agreement, FinVolution Group and FHB entered into a strategic partnership, such that both parties will cooperate with a focus on consumer finance to amplify efforts to enhance operating efficiencies, expand markets, improve credit risk management capabilities and enhance operation capabilities in addition to other activities.

Founded in 1996 and headquartered in Fuzhou, China, FHB has a network of 73 branches and sub-branches across Fujian province and four branch outlets in Zhejiang province. FHB offers a wide spectrum of financial services to individuals, SMEs, corporates and institutions across these regions. As of December 31, 2018, FHB had total assets of approximately RMB153.1 billion, total customer deposits of RMB76.9 billion, and outstanding customer loans of RMB65.7 billion.

“We are excited about the synergies created through our strategic investment and partnership with FHB,” said Mr. Feng Zhang Co-Chief Executive Officer of FinVolution Group. “Our businesses are highly complementary, and we look forward to the launch of new growth engines while strengthening our ability to service financial institutions. Additionally, this investment and partnership present the opportunity for us to explore broad areas of cooperation that will help both FinVolution and FHB in business expansion, enhancing operating efficiencies, and improving risk management. Through leveraging our technologies-as-a-service, we believe this long-term partnership with FHB will solidify FinVolution’s leading position in the industry and accelerate our cooperation with commercial banks and other financial institutions.” 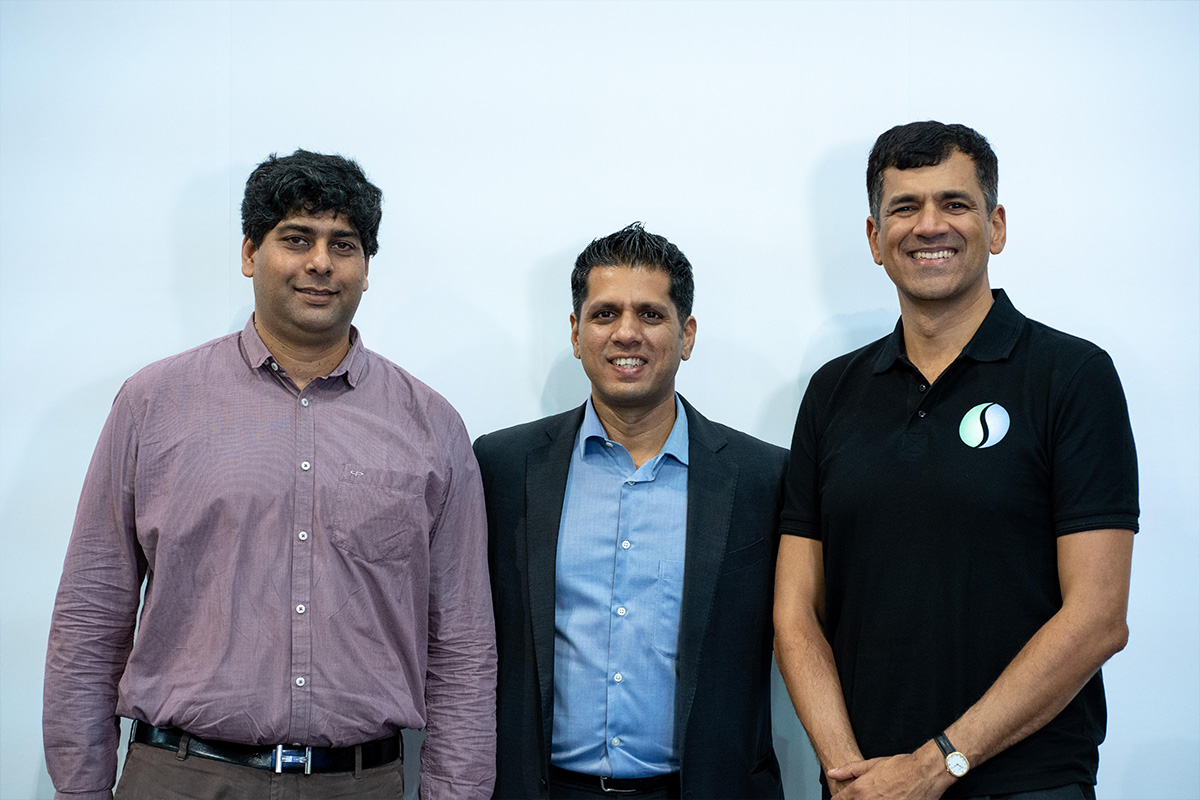 Kristal.AI is a 4-year old invest-tech startup which uses a bionic approach to personalize investments. The company started its business in Hong Kong since 2016 and now it is planning to use its Series A funding, to bring its AI-driven personalized wealth platform to more countries in APAC regions.

Artificial Intelligence has long been hailed as the future of fintech, and Singapore-based digital wealth management platform Kristal.AI is proving that maxim true. The company, started by Indian entrepreneurs, has offices in Hong Kong, Singapore, and India. Kristal.AI is celebrating its 4-year anniversary in January 2020, after closing last year with a sizable Series A round of USD 6 million (upsized from an initial target of USD 4 million).

The funding round is led by long-term partners Chiratae Ventures (formerly IDG Ventures India) and influential names such as Desai Family Office, which has interests ranging from fintech to boutique investments. Other investors include HNWI names well known in the financial industry. This round brings the total Kristal.AI has raised till date to USD 11 million.

Financial technology has been evolving rapidly over the past decade. Despite the relatively small Hong Kong market, innovative technology companies have continued to emerge with the vigorous promotion of the government. Kristal.AI has also benefitted from the support provided by the Cyberport Incubation program and SFC Fintech Unit when commencing business here.

Hong Kong-based Co-founder of Kristal.AI Vivek Mohindra said, “Kristal.AI fulfils a much-needed gap in the HK market for the beginner and smaller investors who really don’t have much choices at present. We provide a digital mobile friendly solution that is educational and free of cost till HKD 400,000.” Hong Kong customers are now looking for smart investment platforms with higher transparency, lower fees, and other value-added services. The HKMA has recently released a report on the application of artificial intelligence in the banking industry, showing that nearly 90% of retail banks have used or plan to use artificial intelligence in their businesses.

Kristal.AI’s CEO and founder Asheesh Chanda added, “The aspirational class today does not live in boxes. We don’t work at the same job until retirement, we don’t all marry and buy houses at thirty, and most of us have a very different way of living than the generation before. However, the way we invest has not evolved with our evolving lifestyles. The new-gen investor needs strategies personalized for their individual risk profile, lifestyle, and expectations. Traditional banks offer such hyper-personalization only to high-profile clients, but we are bringing it to the everyman. Kristal.AI’s strategies are made for the new-age global investor.”

Kristal.AI will use the Series A funds towards bolstering its technology backend, crafting more curated strategies (called Kristals), and expanding further into the APAC and Middle-East market. The company is also poised to launch a new offering for its Indian market very soon.

Since officially launching in February 2016, Kristal.AI has experienced consistent growth and currently handles overUSD 100 million in AUM, with 10,000 users on its platform. The company’s custom-crafted strategies have provided consistent returns to investors even in volatile markets, with both its Leveraged Bond Kristal and Singapore REITs Kristal achieving around 14% returns historically. 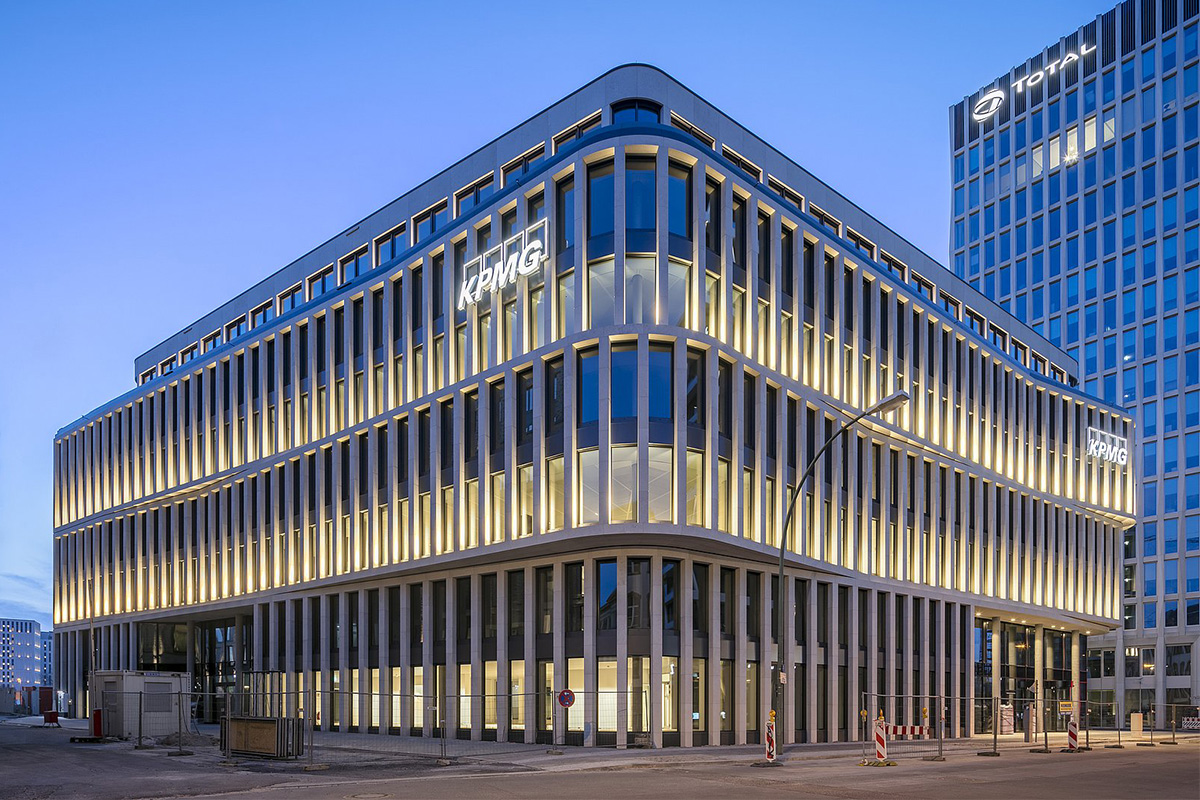 Egidio Zarrella, Partner and Head of Clients and Innovation, KPMG China, said, “Over the next few months, the word that will characterize the VC market the most will likely be ‘caution’. There’s still a lot of uncertainty in the market. Both companies and VC investors are getting quite fatigued with some of this uncertainty and that could easily impact short-term investment decisions.”

In Q4’19, B2B companies were of particular interest to VC investors in China, with interest spanning across sectors such as fintech and logistics to companies focused on cloud-based technologies. Alibaba has been particularly active in the B2B cloud space, while Baidu and Tencent have started to make their own inroads, the analysis finds.

B2B services are expected to grow in 2020, particularly in areas such as financial services. VC investors in China are expected to continue to prioritize late-stage deals with a focus on companies with strong business fundamentals.

Philip Ng, Head of Technology, KPMG China, said “Both Chinese companies and VC investors in China are beginning to look globally to achieve growth. Southeast Asia and Europe were two prominent areas where China-based investors set their sights in 2019 — a trend expected to continue heading into Q1’20. Investment appetite has also changed from burning money to acquire market to deep tech innovation in China.”

Irene Chu, Partner, Head of New Economy and Life Sciences, Hong Kong, KPMG China, said, “While IPO sizes in general were down besides the mega transactions, they reflected much of the trends seen elsewhere in the world. While deal sizes may have fallen somewhat over the course of the year, TMT as well as health/life sciences continued to be a strong focus of VC investors in China.” 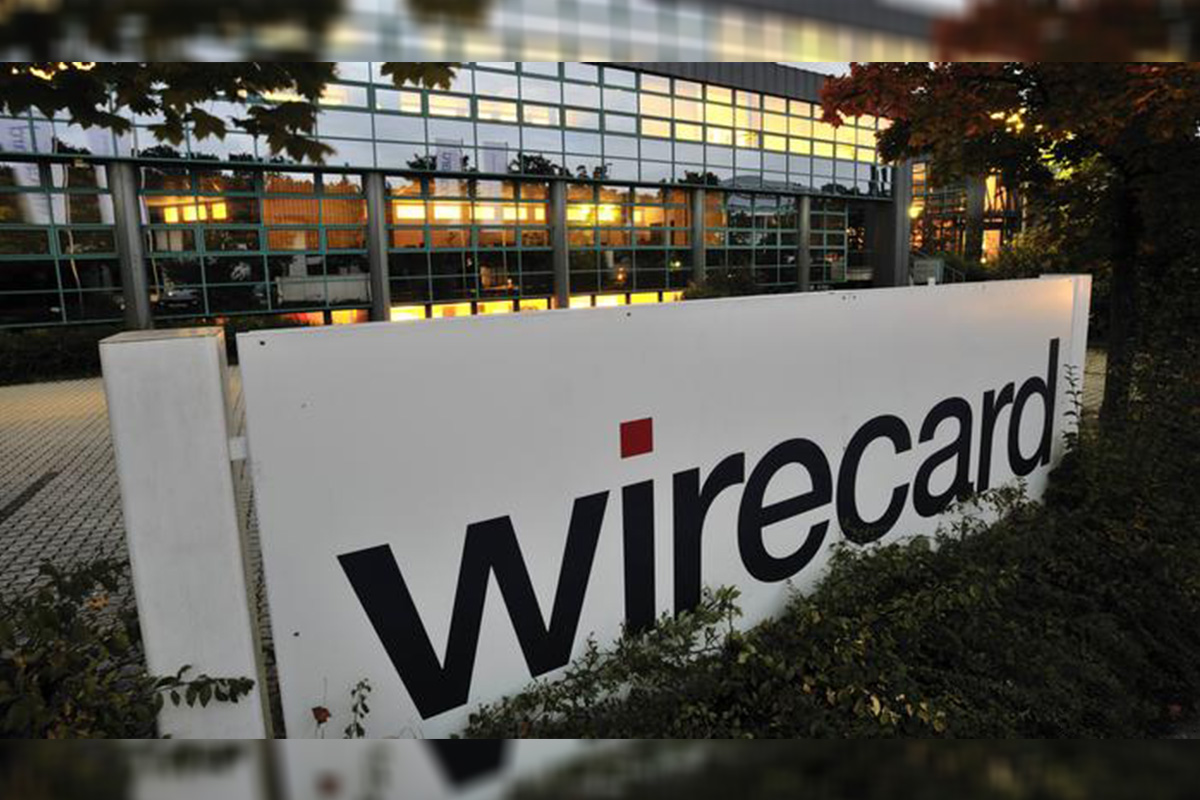 Wirecard, the global innovation leader for digital financial technology and UZE Mobility, open innovation platform for e-mobility services, have entered into a strategic partnership. The companies will join forces, combining their payment and geolocation technology to launch innovative services in e-mobility and further driving the megatrend New Mobility and Commerce on the Move.

In 2019, UZE Mobility started to provide cities with a fleet of multi-purpose carsharing vehicles and will scale in 2020 with so-called Digital Kits. These are digital advertising displays that are placed on each vehicle type and managed via the UZE Mobility platform. When in use, the vehicles safely capture geolocation data, which can be used by public and private entities in the creation of electronic maps, geotagging, and other uses in the field of mobility. This service is free for users, who contribute to the UZE Mobility marketplace with data collected only from the vehicle’s location and surroundings.

Simultaneously, the vehicles offer a one of a kind advertising space. This form of digital advertising gives businesses the opportunity to promote their products and services in precise demographic areas to reach a desired target market. For example, a retailer can advertise the opening of a new store branch on a vehicle travelling in the respective neighborhood. According to a 2019 report by Zenith Media, out-of-home advertising (OOH) expenditure is steadily increasing on a yearly basis, globally: in 2018, the global spend topped USD 38.5 billion, with that figure expected to hit USD 42.2 billion by 2021. As part of the cooperation, Wirecard will be the preferred payment partner for transactions carried out on the UZE marketplace.

“We are delighted to partner with Wirecard as we forge the path towards the future of mobility,” commented Sebastian Thelen, Co-Founder and CIO at UZE Mobility.

Alexander Jablovski, CEO and Co-Founder at UZE Mobility, said, “In Wirecard, we have found the technology partner with whom we are leveraging the enormous potential of mobility data that is still largely untapped today in order to open up new markets. I am very glad to partner with one of the most innovative companies in its field.”

“In 2020, we expect the Commerce on the Move trend to gain momentum and bring even more innovative, ground-breaking ideas to the mobility market,” added Stephan Ritzenhoff, Principal Manager Strategic Alliances at Wirecard. “For this reason, we are proud to cooperate with UZE Mobility, true innovators in the field of e-mobility. We look forward to working with UZE Mobility and making the future of mobility happen today.”

The UZE Ads Kits have received their road approval and successfully passed the proof of concept stage. By 2020, UZE Mobility aims to bring between 500 and 1,000 of these systems onto the roads in the DACH region. In addition, UZE Mobility is currently adding further display providers to its Mobility Digital out-of-home platform. UZE Mobility plans to scale accordingly in Europe and internationally in 2020. In addition, metropolitan areas such as Mexico City and San Francisco have expressed interest in the data platform and advertising systems of the company.